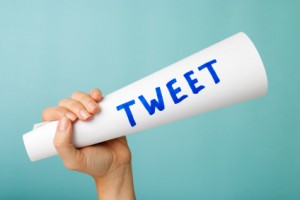 Businesses should be on Twitter for a few reasons. The most important reason is to communicate with your past, present and future customers. Twitter conversations are happening every second, and by not listening, starting your own, or getting involved, you’re missing a huge opportunity.

So how do you make those conversations engaging? Well, one way is to include hashtags.

In fact, hashtags and Twitter go hand in hand. In a way, Twitter is the founder, creator and originator of social hashtags. And when it comes to engagement, a topic all businesses should care about, hashtags work.

A recent study shows that tweets with hashtags get 2x more engagement. Not only do hashtags build community, they also categorize your tweets. Many people search hashtags regularly, so by using them, you’re opening up your conversation to a wider audience.

But like most things in life, too much of a good thing can actually become a bad thing. The same study shows that 1 or 2 hashtags will get you 21% more engagement than if you add 3 or more. In other words, engagement drops when you over-hashtag.

Another thing to stay away from is using ridiculous hashtags. While it might sound cute in your head, or you might see others doing it, run-on hashtags like #OMGCanYouBelieveItsNotButterYo probably not a good way to start a conversation with a potential client. Beyond risking sounding like a crazy person, it uses a lot of characters, and characters in the Twitter world are EVERYTHING.

Now, I’m not saying don’t be creative and never use a longer hashtag. I’m just saying think about your audience first. And don’t OD on hashtags.

Watch this video from Jimmy Fallon and Justin Timberlake (who is oh-so social media savvy) about what a crazy-long-hashtag-everything conversation on Twitter would sound like in real life.

One exception to this rule is if you are trying to reach teenagers on Twitter. In that case, you might want to get a little creative with your hashtags, follow the trends and jump in. But again, don’t overdo it.

Want to get on the fast track to Twitter Marketing success. On October 17th we are hosting a Twitter Marketing webinar. We’ll talk about how to start conversations and how to get your customers buzzing with excitement. See you there!

How do you incorporate hashtags into your Twitter strategy?