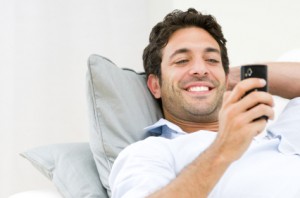 The other day I was reading an article from ZuumSocial, a social media data analyzing company, and came across a really interesting article. The article referenced 9 photo social media posts from very large businesses. What struck a chord here was the fact that 5 out of the 9 images presented were shot in a low production setting, and, quite possibly, even on a smart phone.

It got me thinking, and I headed straight to my Facebook page’s feed to do a little comparison of the businesses, both small and large, that I’m following. Again, I saw the same thing. A quick scroll down and many pictures were self-produced without a huge budget, and even more might have had no budget whatsoever.

When discussing social media and the importance of images, I hear this complaint a lot from small businesses: “I don’t have the money to get professional photos done.” Or, “I don’t have the budget for an advertising agency to come in and shoot creative images for me.” I’ll always respond with, you have the product don’t you? Take the images yourself. Clearly, it’s a trend that’s working with consumers, too.

Why Your Images Don’t Need To Be Professional

The difference in social media and traditional advertising is the idea of accessibility. Social Media is for the people, by the people. Social Media works when you can get in on a personal level, make personal relationships, and be real. Using your camera gives customers that “I’m sending this image to my friend” feeling.

Mobile phone pictures also add value to the brand because they’re taken and, most often, posted in real time. It gives your customer the idea of being right there with you in the moment. It’s also something that’s completely relatable because your customers are using their smart phones to take photos as well.

Each day, 300 million photos are uploaded to Facebook. While I couldn’t find a statistic for how many are uploaded via mobile apps, I can tell you that, according to my own unofficial research, most of the images I see on Facebook are from phones. 40 million images are uploaded on Instagram everyday. These, we know, are primarily phone images.

Beyond that, people are navigating social media sites via their mobile phones. 40% of cell phone owners use a social networking site on their phone.

Another study pointed out that 54% of Facebook members have used the social network via a phone, and 33% use a phone as their primary way to access Facebook.

So, by sharing an image that you took on your phone, the odds are very good that a solid portion of your fans will be consuming that content on their phones, thus giving them the idea that it was shared not only phone-to-phone, but friend-to-friend.

Get Your Creative Juices Flowing

Here are some ideas to get you started on your photographic journey.

1. Bring Your Mascot Around
I love how Hootsuite brought the mascot around town in this image.

2. Use Your Product To Evoke Emotion
Blue Print Cleanse uses their bottles to make a heart on a yoga floor.

4. Show Yourself
RodeoDrive, a boutique in Louisville, is making a statement. 🙂