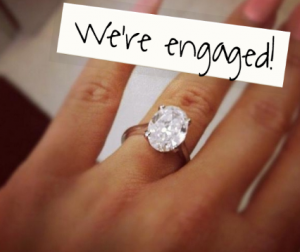 No matter where in your social strategy you are, if you talk to anyone about it, they are going to tell you that you need to build your engagement. While this is true, most people might not even know why. Engagement is one of those buzzwords. But it’s a buzzword that has staying power.

In the early days of Social Media, (we are still in the pioneering phase) the only thing that marketers or more often our clients cared about was how many followers they have. Whether this was on your blog, Myspace, Facebook or Twitter, numbers were important. While those numbers are still important, it isn’t the only thing you should be looking at when it comes to measuring a campaign.

Engagement shows a truer metric because it shows that people are interacting with your message. And it also shows that you have their attention.

WHY A FOLLOWER NUMBER IS ONLY A NUMBER

The number of followers you have isn’t as important as the amount of interaction you get out of them. For example a brand with 10,000 fans that only engages a few hundred of them is worse off than a brand with 2,000 fans with 1,000 of them interacting with the brand. Another reason that this number isn’t quite as important as one might think is because in our extremely niche and segmented online world, you are going to be more successful if you can connect with those who are your direct audience, rather than gathering a large number of fans just to brag about how many fans you have.  When thinking about how many fans you want, think about how a realistic number of people who will buy your products/service, or those who can influence others to do so.

Engagement in very simple terms is the things your fans and followers do to interact and engage with the brand. This can be commenting on a Facebook status update to posting a picture on your wall. It could be checking into your location on Facebook or Foursquare. It can be entering a contest or sending a tweet. There are a lot of different things that brands can be doing to engage their audience. I will go into depth later in upcoming blog posts.

WHY IS IT IMPORTANT?

Not only is engagement is a key component of building a loyal fan base, it is also a crucial part of your viral success. When I say viral, I don’t mean it in the sense where a Youtube video has gone viral, gathering millions of views (but that would also be nice). Rather, in my mind, viral means the word of mouth and ripple effect of your brand. Very simply, how it spreads.

For example, when someone engages with your brand on Facebook, it will show up on their newsfeed. This is what we want as social media marketers.The more news feeds your brand makes its way to, the more likeliness you have to gain fans. These fans are important because they are friends of friends. And friends influence friends.

Over the next few days I will go into different ways to engage on different social networks. And we’ll talk about my favorite thing, contests.

So, tell me, how do you engage with your customers on social media? What struggles and challenges do you face?
Follow Up Posts:
HOW TO INCREASE ENGAGEMENT ON FACEBOOK (Part 1)

HOW TO INCREASE ENGAGEMENT ON G+

HOW TO INCREASE ENGAGEMENT ON G+ (Part 2)

So, tell me, how do you engage with your customers on social media? What struggles and challenges do you face?

Stephanie, I’m so glad you wrote about this topic. *Engagement* is so critical to success online — I think that’s why Social Media Marketing is so effective at actually reaching your customers. Social networks force us to be more authentic in our marketing strategies.

Sure, you can get to the top of Google with your clever SEO tactics, but can you actually ENGAGE me as your follower?

Great post! I’m looking forward to you going even deeper on this topic.

You are absolutely right! The more human you are as a brand, the more your audience is going to trust you.

You couldn’t have said it any better. I just saw the facebook of brand that has over 6,000 fans but only 6 people were talking about it. That just doesn’t cut it for me. You have to have at least 10% of your total fans talking about you before you can consider yourself as a brand that’s making effective use of social media.

You need to find ways to get the people talking.

I agree with you. Many brands continue to post content in a one-way stream. It is all about the brand and not about the customer. The more you can open up a conversation, the better off you are going to be. Also steer clear from the yes, or no questions. Who, What, Where, When & How are better choices.

The Engagement was short lived.

Why is Engagement a buzz word and not a best practice?

What types of professionals have been put in the role of Social, willingly or not?

The SEO who tends to optimize and link their way to success?

The PPC manager is a number cruncher who tends to automate, test and analyze their way to success?

The executive who tends to purchase their success with paid programs for likes and follows?

But who of all people is best suited for this “New” role of chief Engagement Officer? Its that person in the dusty old office of yesteryear professions… the public relations officer.

Yes, social IS simply Public Relations. The media channel has shifted from print to digital but the model is very much the same. Your PR guru understood you needed to have meaningful relationships with KEY influencers in your industry, not anyone they came in contact with. They nurtured these relationships over time by creating a mutual benefit through the information they exchanged. A truly great PR person would have a rolodex full of important print, radio and TV editors, now we have Radian6 full of Bloggers, consumers and Online Newspapers editors.

So why, oh why do companies not see value in developing a truly engaging social program?

Because it takes time to find meaningful relationships and it takes money to develop content/information of value for the folks in the relationship, and lastly its truly tough to measure the exact impact this time and expense has returned.

Moral of the story – The Bachelor is not a reality show, It takes honest work to develop a good relationship, so don’t buy that ring unless you’re dedicated to putting in the time and effort for a lasting marriage.

You bring up some great points Jerry. Thank you! PR and social are very similar but at the same time, PR refers to an older model. A fan is not always part of the press and that’s where it gets fuzzy. Should PR undergo a name change? Quite possibly. Are all PR people going to be good at social media, not likely. Are all social media professionals going to be good at PR? That’s also not likely. I do strongly believe that PR & Social should work together and side by side. But not necessarily that they should be the same person.

I find that there is a lapse in the new way of doing things and the old way. And that is why some companies fail at developing a truly engaging social program. It takes time and money. Where PPC and other more traditional forms of online marketing saw a direct return on investment. Social is more about the relationship. How do you measure a relationship with out $$$ to back it up?

Perhaps once companies put in place a good nurturing program through marketing automation and lead generation, they will be able to see the life long value of a social media lead/customer. But until then, the numbers don’t make sense for them.

Stephanie, I moved to an area in Vermont which has stunning outdoor presence, large senior population due to the beauty, they use buzzwords about keeping the younger population here, how they need to invest into creating technology or using it to better market their product. Which is purely based around tourist, skiing and farming. However, wanting to attract high technology companies to invest in this area to better employ, create a real economy and not one just based on upgrading traditional industries rather then actually addressing the lack of variety here for work or for someone in my industry of information systems. The Queen city of Burlington has the vast growth in this industry, however it is very limited as well due to sustainability is usually short lived or the company moves out of the State, downsizes or keeps a small presence here due to huge investment. Frustrated, disappointed due to the misuse of buzzwords to excite people to stay here yet a true lack of real investment into industries that can generate real economic growth in a very poor abandoned area of Vermont with a fear of new technology or investing in something that can drive an economy rather then just entertain tourists who visit the State for its beauty, farming and 2 decades behind everywhere else.

[…] my last post, I gave an overview of what engagement is and why it is important. To recap quickly, engagement, in very simple terms, is what your fans and followers do to interact […]

[…] the past few posts I have written about social media engagement.? Don't take this lightly, it's important.? It is about conversing with your customers and your […]

Hangouts & Communities - The Road To Google Plus Engagement - Convert With Content - April 2, 2013 Reply

[…] Google Hangouts are great for engagement. Not only does it put a face to your brand, but you can also see your fans and talk to them live. You can even create a G+ Hangout show. If you have cookbook out, a weekly cooking show might be a great way to engage your audience. Perhaps you are a Therapist; if so, a weekly ?Dear Abby? style show might work well for you. You can also use a Google Hangout as a customer service tool or help center. ?The options are truly endless. Social Media Engagement – Overview […]

How To Increase Engagement With Social Media Contests  - Convert With Content - April 5, 2013 Reply

[…] it comes to engaging your audience on any social network, there are some certain rules to stick to. In general, be engaged, ask […]

[…] And beyond being time consuming, it also can be a time suck. (Cat pictures anyone?) But social media marketing is nevertheless necessary, effective, and quite […]

[…] it comes to social media engagement, there is nothing better than an active fan. ?Active fans are fans and followers who talk about […]

[…] might think posting once in a while on Facebook is enough of a strategy and stop there. Not true. A social media strategy does not mean throw up a Facebook page, and maybe a twitter […]

[…] lot of followers have no interaction. No retweets. No mentions. No likes or comments. Literally no engagement whatsoever. Consumers will begin to get savvier to this and know it is an unengaged following. Or worse, a […]