A Quick And Dirty Guide To Tumblr

Are you on Tumblr? Is it part of your social strategy? According to some new research from SimpleMeasured, the answer is yes. This micro-blogging platform puts out millions of posts daily, with over 108 million active Tumblr blogs.

Okay, before you run on over to Tumblr and start blogging and reblogging away, let’s get back to the basics.

With any strategy, you want to look at what audience is present on the specific site you’re looking to infiltrate. Tumblr has a younger demographic. According to comScore, 40% of the audience is 15-24 years old. 63% are under 34. That’s a pretty young market. If your target market is filled with baby boomers, I’d say it’s safe to focus your time and energy elsewhere. If you’re looking to get in front of teenagers and young adults, this network is probably worth investigating.

As always, spend your time where it counts.

If you want to know more about why teens love Tumblr, here is a great thread on Quora.

Okay, now that you know whether or not you should create a strategy for Tumblr, let’s make sure you sound the part. 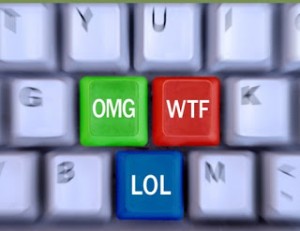 Reblog: A reblog is the re-publishing of someone else’s post onto your own Tumblog.

Tumbling: Tumbling is the actual act of using Tumblr; This is it’s verb form.
Notes: Notes are the number of “reactions” a given post has. This includes Likes, comments and reblogs.

Comments: Comments are typically reserved for those users who either don’t have a Tumblr account or are not logged into their accounts.

Likes: Likes are the tiny little clickable heart buttons found at the bottom of every post. When clicked, the given post is automatically added to the Liked section of your Tumblr Dash.

Ask: Asks are private messages that your followers (or general users, if you allow it) send you. You can either publish your answers publicly, on your Dashboard, or privately, to the asker’s inbox.

Tumblog: A Tumblog is your page, usually found at the personal URL you’ve created (for example: YOUR-URL.tumblr.com).

Tracked Tags: Tracked Tags are those #Hastags that you have searched and “bookmarked,” to monitor on a regular basis.

Dash: Your Dash or Dashboard is essentially your Tumblr home screen, where the posts of all the people you follow will filter in realtime. This includes your own published posts.

Radar: Tumblr Radar is reserved for those posts that have been specifically selected by Tumblr Staff. These posts usually get Featured in the sidebar of your Tumblr Dash for a period of 24 hours.

Activity: These are your Tumblog’s stats. Activity is the amount of action you, and your posts, are receiving. This includes Likes, new followers and reblogs. You can monitor your Activity over a 3-day, 7-day, 24 hour or monthly period.

GIFS are the most popular and well-liked type of content on Tumblr. GIFs are soundless animated images that loop indefinitely. If you’re going to get into the Tumblr game, you should invest some time and money on creating GIFs. Aside from GIFS, images work wonders, too.

Tumblr has a pretty long shelf life. In fact, it is the longer than any other social network out there. And that’s because of re-blogging. Almost a third of re-blogs take place more than 30 days after the initial post. To put this into perspective, on Facebook an average post gets burnt out in a few hours.

Here are some examples of brands and small businesses using Tumblr in awesome ways.

Ready to get started? Make sure you read this first.

Do you use Tumblr?