Everything You Need To Know About Hashtag Marketing 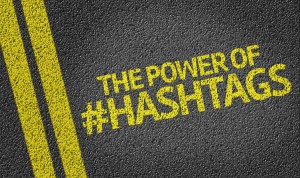 In my 2015 predictions post I wrote hashtags will have have a heyday this coming year. 2015 is all about hashtag marketing. You can read about my other 14 predictions here as well.

You’ve probably seen hashtags taking over your Twitter feed and Instagram account. Heck, I’d go as far as to say that hashtags have become main stream. You remember this video from Justin Timberlake and Jimmy Fallon right?

Hashtags are here to stay.

But just because everyone is using them doesn’t mean you need to go overboard. There are right and wrong ways to use hashtags. From a business standpoint you want to use them strategically.

Real quick before I get into the bulk of this post, hashtags started as a means to categorize and search for content. They have evolved and are less about search and more about context.

I find the best way to use hashtags is to use them as a community builder. In other words when people use the hashtag they are a part of something. That can be a promotion or a regular everyday thing. It should be used to identify your fans quickly and for fans to identify each other as well. Think of it as a secret handshake, but not so secret. It binds people. To have your own hashtag is really going to give you the most benefits.

You can read more about how to build community on Instagram through hashtags here. http://convertwithcontent.com/instagram-strategy-nothing-share/ Take this idea and use it on other social networks as well. It works well.

Just like the community building benefits, hashtags can also help you brand your ideas, images and messages. Again, this is a good way of using hashtags. It has a long lasting effect. It sticks with people. The best way to brand your hashtag is to use it over and over and over again. If you want something to stick you have to be consistent with it.

The third way to use hashtags is to use those that are trending. Because trending hashtags indicate that there is already conversation around a specific topic, you know that they will be popular and heavily used. It is also a great way to learn what others are interested in and disinterested in. There is a lot of insight to be gained from analyzing and studying hashtags.

Usually hashtags trend around current events and television shows. If there is a tie in with what is happening in real time and your business, use the hashtag. It’s a smart move.

How Many Hashtags Should You Use

Facebook
There has been a lot of research done on whether hashtags do anything on Facebook for increasing reach. The short answer is no. It doesn’t matter so with that said, don’t break your back trying to fill your posts with hashtags. I’d say one is enough at the most and not on every post. The one should be used for the three reasons above.

Twitter
Twitter invented hashtags and they make sense on the network. At the most you’ll want to use 3. But I’d stick to 1 or 2. If you have too many hashtags the whole tweet looks blue and it becomes very hard to read.

Instagram
There has been some research done here and 7 hashtags are optimal. However I think it is fine to use even more on Instagram. Hashtags are the best way to get found on Instagram and reserving hashtags for the three reasons listed above, I’d put descriptive keywords as hashtags as well. The more the merrier here.

LinkedIn
No need for hashtags here unless you are using it as a community builder or branding tool.

G+
Google has a great search engine and for that reason I think it is important to include hashtags on G+. They sometimes show up on search so with that said it is a smart move to use them. When you post a message on G+ it automatically categorizes your post with a hashtag, which is another indication to me that hashtags and G+ are friends. 🙂

Pinterest
No need to go crazy here with the hashtags outside of the three main reasons listed above. Pinterest search is strong enough that you don’t need them to find content.

How do you use hashtags?