Learning the Basics – A Google Plus Overview 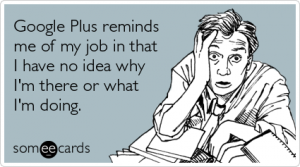 If you only take one thing away from my engagement series, it should be this: each social network is unique in its own way, with its own personality and set of best practices. Knowing how each social network operates is going to give you a head start in your social media marketing by allowing you to connect to your past, present, and future audience in an acceptable manner.

As I continue my engagement series, in the next two posts we will switch focus to Google Plus. Google Plus is the newest of the group, and like it or not, it is Google, and thus should not be ignored. There are tons of rumors floating around about how Google Plus will help you with your SEO rankings. While this may or may not true, it shouldn’t be the sole reason to use G+. The reason to use G+ is to connect and converse with your audience.

As the online world we live in gets more and more segmented, it is important to get in touch with each of these networks in a way that will benefit your brand and your audience. Since I have yet to talk about G+ on this blog, let’s begin with the basics and progress into how you can use it for engagement.

WHAT IS GOOGLE PLUS?

Google Plus (Google+) is Google’s crack at Social Media. It’s very similar to Facebook in the sense that all members have their own unique network, and anything and everything within your network will show up in your news feed. In other words, just as Facebook shows you what your friends LIKE, Google Plus shows you what your contacts +1. (Google’s “+1” button is their equivalent of Facebook’s “like” button.)

One unique factor is Google Plus’s feature called “Google Hangouts,” which are live streaming video chats that allow you to host more than 2 people within a single chat (which makes it revolutionary, and differentiates it from Skype).

Google+ vs. Facebook: A Guide to Brand Pages infographic by Pardot.

Knowing the audience is going to help you determine how much time to spend here. In general, you want to spend time where your audience is. When it comes to Social Media Marketing, you should allot the largest amount of resources, money, and time where you will get the best results.

Google Plus is:
* 63% male
* Primarily based in the US
* The audience is hard to determine because it is fairly inactive. As everyone with a Gmail account also has a G+ account, it is hard to say how many people actively use it.
* The audience here is quite tech savvy.

WHY IS GOOGLE PLUS SO DARN IMPORTANT?

This is a huge debate in the Internet marketing world. One, it is Google, and Google, whether we like it or not, is the game we are playing. While the network itself might not be as popular or as highly engaged as Facebook, Twitter, LinkedIn, or Pinterest, being on Google+ will impact search (which we will get into in later posts). That just might outweigh the fact that your target audience isn’t yet on Google+. And who is to say they won’t be there in a year or two?

Another reason Google+ is important, and why you should be using it as a tool in your arsenal, is because it is still early. Getting into sites earlier gives you an advantage. It gives you time to work out your strategy and grow your network so that, when the rush of people come, you will be ready to deliver the content they are looking for.

Does Google+ drive traffic? In my experience, for some clients, yes, for others no. Taking a look at this blog’s traffic, we have seen some G+ traffic. In general, the traffic has come when it is shared by multiple people via the G+ button on my blog posts. If this blog strikes a cord with a powerful and influential G+ user, then this blog could see a ton of traffic from G+. This is the case with all the BIG 5 networks, which is why it is important to network with Influentials in your industry.

This is another debate in the internet marketing world. The answer is, both are important in their own way. By having your site +1 often, you are going to do two things: a) you will show Google that you are a “real” site that has valuable content, which in turn will increase your search ranking. And b) your content will be shared with many people and, in the right hands, this can give you a lot of traffic, sales, and new followers. An endorsement is always a good thing. By growing your circle, your official content will be seen by more people. As your community grows and becomes more loyal, you might also see more people +1ing and sharing your content.

Create good content and you will see an increase in both +1 and people who add you to their circle.

As Google runs the local search world, it is very important to have a presence on G+. The first thing you should do is claim your place. You want to show up on Google Maps don’t you? If you already have a G+ business page here is how you can merge it with Google+ Local.

What kind of content works here? As the audience on G+ is geekier, younger and predominantly male, the type of content that works best is good, smart content. As opposed to Pinterest, which is a photo heavy site, and even Facebook, which is also heavy on the media, the Google+ audience likes to talk. There is no limit to the number of characters in G+, as there is on Pinterest, Facebook, and Twitter, so you could write a novel here if you wanted to. (I’m not sure if that would be the best idea, but it is possible.) Remember, with Google+, and all Social Media in general, Conversations Matter!

Now, just because I said that the written word works well here does not mean you should exclude multimedia. Photos and videos look very nice on Google+ as well.

In my next article, I am going to talk about how you can use Google Plus right now to increase your engagement and see better results.

How do you use Google Plus currently? ?Do you have a business page and a personal page? ?What questions do you have? 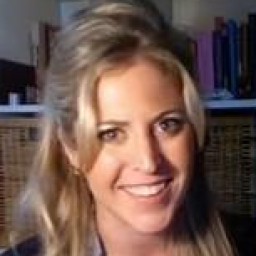 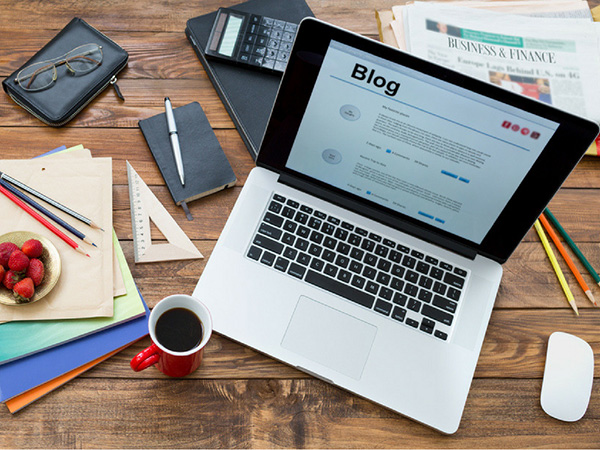 Blogging is the cornerstone of web marketing. Blogging adds fresh, new content to your website to help fuel your Search Engine and Social Media Marketing campaigns. 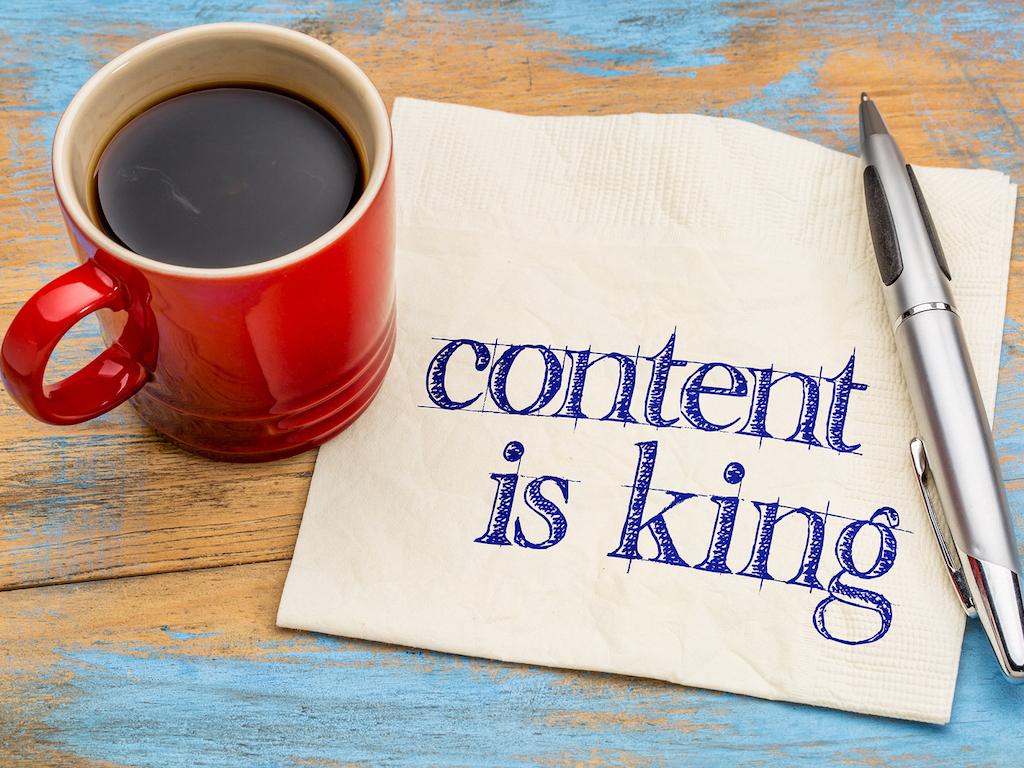 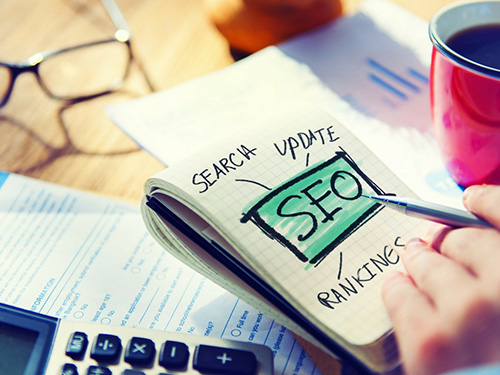 Search Engine Optimization is the most effective long-term strategy for driving targeted traffic to your website. Generate leads faster & dominate your competition.

Blogging Service that keeps your blog loaded with great content.

This website uses cookies to improve your experience while you navigate through the website. Out of these, the cookies that are categorized as necessary are stored on your browser as they are essential for the working of basic functionalities of the website. We also use third-party cookies that help us analyze and understand how you use this website. These cookies will be stored in your browser only with your consent. You also have the option to opt-out of these cookies. But opting out of some of these cookies may affect your browsing experience.
Necessary Always Enabled
Necessary cookies are absolutely essential for the website to function properly. These cookies ensure basic functionalities and security features of the website, anonymously.
Functional
Functional cookies help to perform certain functionalities like sharing the content of the website on social media platforms, collect feedbacks, and other third-party features.
Performance
Performance cookies are used to understand and analyze the key performance indexes of the website which helps in delivering a better user experience for the visitors.
Analytics
Analytical cookies are used to understand how visitors interact with the website. These cookies help provide information on metrics the number of visitors, bounce rate, traffic source, etc.
Advertisement
Advertisement cookies are used to provide visitors with relevant ads and marketing campaigns. These cookies track visitors across websites and collect information to provide customized ads.
Others
Other uncategorized cookies are those that are being analyzed and have not been classified into a category as yet.
SAVE & ACCEPT