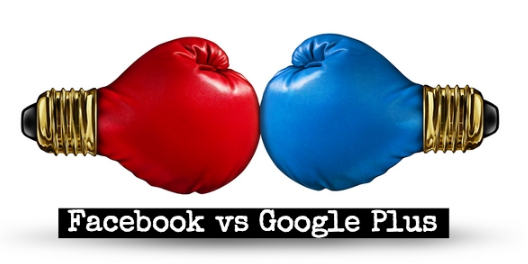 There has been a lot of talk recently about people jumping the Facebook ship and why Google Plus is the network to be on. Yes, Facebook is declining in numbers according to a few studies. One thing to note, however, is that the studies are about teens leaving Facebook and there is no correlation that I have found that shows that these teens are headed to Google Plus. Another thing to note is that Facebook is still the #1 most popular social network among teens.

As you embark on your social media journey, it is important know that each network is unique and serves its own community accordingly. To be successful you need to know where your audience hangs out and spend the majority of your time and energy there.

So, before you decide to leave Facebook all together, know this.

Facebook is still massive and growing. There are a billion people on Facebook. Google Plus is still the new kid on the block. And until recently it has been brushed over by many.

A few quick stats
Facebook skews Female and Google Plus skews male.
51% of the world’s internet users are on Facebook; 25% are on Google+.
Facebook is for personal and friend connections, while G+ is for intellectual connections.

My advice is to be active on as many relevant sites as you can so when and if things do change you will already be there with a following to work with.

I have written about Google Plus on this blog before and it is one of the networks we recommend to our clients. Check out my past articles about Google+ which will get you up to speed.

Learning The Basics: A Google Plus Overview

Hangouts & Communities: The Road To Google Plus Engagement

How To Get Found On Google Plus With This Hashtag Strategy

How To Optimize Your G+ Profile

Google Plus Promoted Posts: What It Means For Your Business

Why You Should Be On Google Plus

1. It’s Google
This is the most obvious point. Google is a force to be reckoned with. With search and social moving towards each other it is important to do as Google wants. Whether you are a local business or online business, Google is and will be an important part of your Internet marketing.

2. It’s Popular
I have found a lot of success with Google Plus and I have met a lot of great people. So despite what you may think, G+ is popular. There are currently 350 million daily active users. That’s a lot and shouldn’t be overlooked.

3. It’s Growing
Google+ is growing faster than Facebook. From 2012 – 2013 Google Plus grew by 33%. There is no doubt that Google Plus will continue to grow. What’s important to note here is that when you get in on a network early, you will have a much easier time growing your following than getting in too late. It’s a good idea to be ahead of the curve.

4. It’s Google
This just needs to be stated again.

5. It’s Launching Promoted Posts
If you are already an ad words user this is going to be a big deal for you. Google Plus is launching +post ads, which are basically promoted posts. They will be connected to ad words and will display your content outside of the G+ network on Google Display Ad sites. This is going to open up conversations to a new level and outside of a social network which hasn’t been seen before. This right here is important! See more about this here.

6. It Has Hangouts
Hangouts are a great thing for business. Not only can you provide customer support through real-time video, you can host parties and events that will stream live on YouTube, your blog (through embed codes) and on your Google Plus page.

I don’t think it is necessary to leave Facebook all together. This is a just a wakeup call that in order to be successful in social media you need to be active where your audience is and that means everywhere your audience is. Don’t put all your eggs in one social basket because you never know what the next best thing will be.

Are you using Google Plus or Facebook more? I’d love to hear your thoughts.

Connect with us on G+ here and me personally here.