Facebook Hashtags And What It Means For Your Business 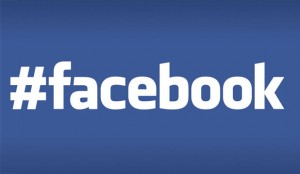 In its most simple terms, a “hashtag” is a way to categorize Tweets, photos, and now Facebook statuses by keywords. Hashtags make searching the social web much easier, because you can see posts by people you wouldn’t have known existed otherwise. By connecting with people who use the hashtags that relate to you and your business, you can grow your network with like-minded individuals.

What Do Hashtags on Facebook Mean For Your Business?

The biggest benefit from a marketing standpoint is the new feature’s search capability. You can search a specific topic and find people, other brands, who are also using that same hashtag. While Facebook’s graph search was a bit limited in finding posts from people you aren’t connected to, hashtag search opens the search abilities to a much wider scope. As long as a person isn’t private, you’ll be able to see what they’re saying on this topic.

If you’re interested in what people are saying about Nike, for example, you could search that by going here: http://www.facebook.com/hashtag/nike

Once you conduct a search, you can say something about that specific keyword directly on the hashtag page.

We can all agree that searching for users who are talking about your brand or hashtag is an incredibly valuable thing. It gives you insight into what they think of you, how they use your product and even information about your competitors. However, the bigger benefit lies within your brand’s use of hashtags as part of your Facebook engagement strategy. Because people can search a hashtag, they’re likely to find you if you’ve used one that interests them. This opens you up to a whole new audience and opens you up to brand new conversations.

Hashtags On Other Networks

I’ve discussed the pros and cons of using hashtags on the other major social networks in previous posts, but for the sake of tying it all together, I’ll recap:

Twitter is the OG hashtager. In other words, they invented it. While Twitter hashtags don’t necessarily matter as much as they did, when it comes to search, it’s still a great way to categorize information and gather sentiment on people’s Tweets. People use hashtags for everything on Twitter. #JustSayin 🙂

On Pinterest you can search hashtags and regular keywords the same way. Again, it just shows that the content is about a certain topic, or you’e throwing in your last words on a given topic.

Instagram is the one place where I think hashtags really make sense. There’s very little text on Instagram, so hashtags are a great way to categorize information. Since people use hashtags freely, it’s a great way to find new followers in certain locations, (just about every city has their own hashtag), and for new followers to find you.

Tumblr hashtags regularly called “Tags”are great for monitoring content in your regular circles. Are you a fan of photography? There’s an official #Photography hashtag that the Tumblr editors monitor. Tumblr allows you to save, or “track,” your tags with one simple click to your upper right hand corner.

Once there, you’ll be able to check out Featured Tags, all relevant tags to your interest, as well as the most popular users to have their work posted to these tags.

We’ll have to wait and see how Facebook hashtags play out as we’re still in the early developments. Only time will tell.

Have you started experimenting with hashtags on Facebook yet?

Playing around with them now. This is perfect timing…

Thanks Janine. Let me know if you find any useful tricks or tips. 🙂

“By connecting with people who use the hashtags that relate to you and your business, you can grow your network with like-minded individuals.”

This is great for connecting and networking. Thanks for sharing Stephanie.

Thanks LaToya. Keep me posted on how you end up using them. Have a great day.

Thanks Spencer! I agree. It would be nice to see Facebook innovate a bit more and copy a bit less. Thanks for reading.

Great post! Wish you had also mentioned #Google+ — it uses hashtags too and at 500 million users it’s bigger than all the networks you mentioned except FB of course 🙂

You are right! I am going to update now. Thanks.

Thanks for all you do, Stephanie!

[…] and I've noticed everyone from my friends to brands using them. I wrote about the benefits of using hashtags on Facebook for your business when they first […]

Facebook's Updated Graph Search Update And What It Means For Your Business - Convert With Content - September 30, 2013 Reply

[…] all about to change. According to Facebook's newest announcement, Graph Search is being expanded so that it includes posts, status updates, photo captions, check-ins and even […]