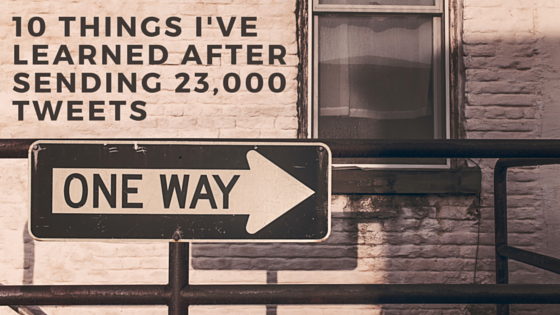 Twitter has been under fire lately. Many OG users have been complaining that Twitter is not what it used to be. Where it was once a real conversation engine, many argue that today it is an overly promotional vehicle for spammers and marketers alike. You can say the same about all the social networks. Stuff changes. Sites evolve. We can’t waste our time complaining, we need to embrace the changes and do what works.

I’ve been a Twitter user since 2007. Twitter launched in July of 2006. I jumped on that bandwagon way back when and I have loved it ever since. With that said, I’ve seen the changes and I’ve tweeted a lot. Here’s what I’ve learned about using Twitter as a person and a business after sending 23,000 tweets. 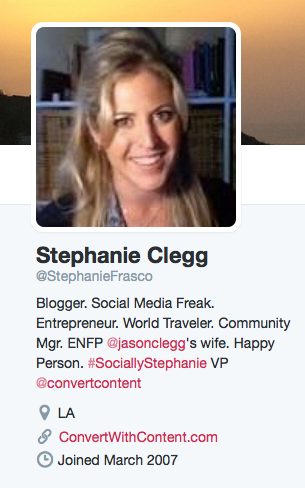 1. Images Can Attract The Masses
There is no denying the power of images. Not only are images reshared and retweeted more than regular text-only tweets, they have the power alone to go viral. While you shouldn’t expect anything to just go viral, it’s a good idea to take this data and use it to your advantage. Tweet with image attached and you will get more views. Make sure your image is appropriate for the tweet and oftentimes the best images say more than the tweet itself.

2. Don’t Be Afraid To Be Yourself
Twitter and social media in general allow you and your business to have a voice. Use this to your advantage. Be yourself, everyone else is already taken. 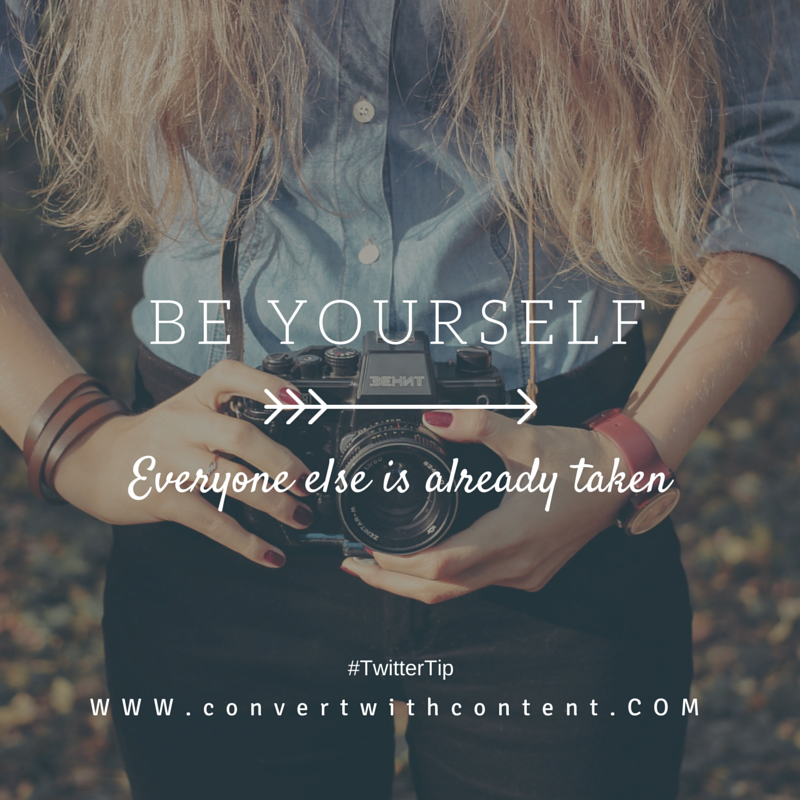 3. Don’t Listen To Too Many Gurus
Gurus are great, but you don’t have to believe everything you hear. Figure out what works for you and go with that.

4. Listen, Talk & Engage
This is one of the most important things to take away from this post. You need to listen, talk and engage. You can’t do one, you need to do them all to be successful. Listen to what people are saying about you, your brand, your customers, your competitors and your keywords. Talk about those things and engage with other users who are talking about them as well. Do these three things and you will see success.

5. The More Niche You Are The Better
Want people to follow you? Find your niche and get so super focused that there is no guessing what you will talk about. You want your followers to be interested in what you have to say. If they like what you say and know you will continue to enlighten them on that subject they will stick around and more importantly convert. We like conversions.

6. Follower Counts Aren’t The Holy Grail
Don’t get caught up with follower counts. Think about the big picture and don’t forget that they can be bought. It’s much more important to grow a community of targeted individuals who may actually buy from you than an uninterested mass. Think

7. Auto Direct Messages Are For The Birds
Have I mentioned how much I hate when people direct message me and then I try to write them back only to find I can’t because they aren’t following me? I think I have. Poor form, guys. Don’t do it. 🙂

8. Follow/Unfollow Is A Stupid Strategy
Another thing I am not a fan of is follow/unfollow. See #6. This is a manipulating tactic and one that doesn’t really benefit you for finding that targeted following. Pass.

9. Follow People Who Interest You
Feel free to follow those who interest you because you like what they have to say and not because they may (fingers crossed, I’m desperate for followers) follow you back. Don’t worry about following more people than follow you. Be authentic, engage with people you like and that interest you and stop worrying about popularity. That’s so high school. 🙂

10. Monitor & Measure
Monitor and measure what you are doing and do more of what works and less of what doesn’t. There are a ton of tools out there that can help you measure your success. Twitter has analytics. You can use Google Analytics, Twitter Counter and click statistics. Be smart and strategic.